Upcoming 2013 Events at Lake of the Ozarks 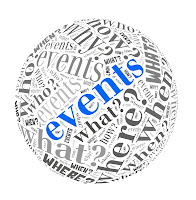 The Lake also offers some great events that are perfect for the entire family -Check out some of the upcoming events!!

With so much to do, the only thing missing is your Lake of the Ozarks Vacation Rental!!  We have a wide variety of vacation rentals available - we know we can find the perfect one for you!   Check out our homes and condos online at www.YourLakeVacation.com.

Posted by YourLakeVacation at 8:52 AM No comments: 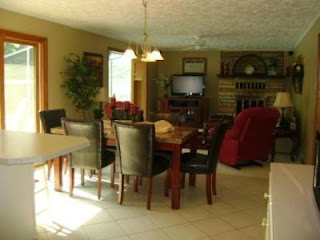 This truly unique and beautiful waterfront home is perfect for your Lake of the Ozarks Vacation. The home has been updated Spring of 2011!

Enjoy 3000 square feet of living space, 4 bedrooms, 2 baths, two full kitchens, one up and one down stairs. Two King bedrooms both with flatscreen TV's, a Queen bedroom and a bedroom with 2 Twin beds.  For the extra guests, pull out the 2 Queen sofa sleepers. 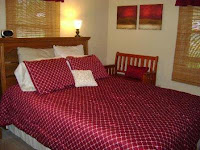 Upper dining room features a marble top table.  Play foosball, checkers, chess or backgammon  or just read a book in the sunroom.  Upstairs you will find an entertainment center with a 31" flatscreen TV complete with DVD and a JVC surround sound system. 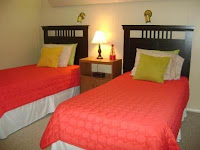 Two large decks overlooking the lake, perfect for grilling out and a two well (10 x 22 & 12 x 30) covered dock with a swim platform (8 x 34) complete the picture. Enjoy lunch at the picnic table on the dock. All located in a nice cove just off the main channel at the 2 mile marker. Plenty of parking and room for your boat trailer as well. Fish Inn,  where vacation memories are made!

Check out the rates and availability of this great Lake of the Ozarks Vacation Home or
View more pics of this property!

Lazy D Vacation Rental at Lake of the Ozarks 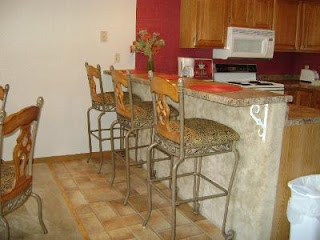 Your Vacation at Lake of the Ozarks will be complete with this beautiful updated 2 bedroom 2 bath waterfront unit features a Master Suite with a king bed, large closet, and private bath (tub/shower combo). The second bedroom has a queen bed, while the living room has a queen sleeper sofa making this unit sleep up to 6 people!

This Lake of the Ozarks Vacation Rental condo include a full kitchen, wood-burning fireplace, There are 3 televisions, one DVD player and a propane grill on the deck overlooking the water.  This unit had new HVAC unit installed  in 2011!

The complex features two outdoor pools, a playground, a boat launch, and a pavilion with public grill. 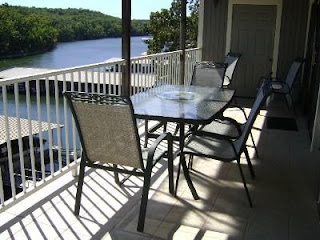 Posted by YourLakeVacation at 12:38 PM No comments:

Independence Day at Lake of the Ozarks ... Celebrate and Remember

One of the biggest holidays at Lake of the Ozarks is Independence Day.  Every year, thousands of visitors head to the Lake to enjoy the water, barbeques, live music, fireworks and fun. Just like many of our national holidays, Independence Day is also a great holiday to reflect and remember the history and true meaning. 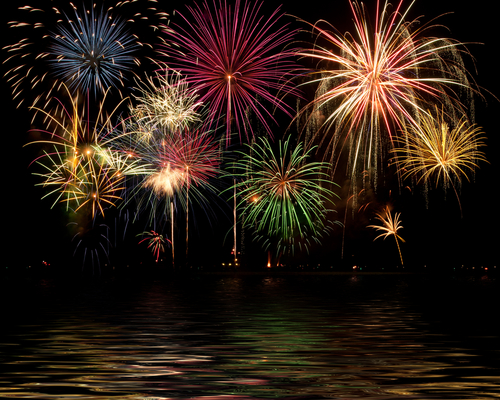 On July 4, 1776, the thirteen colonies claimed their independence from England, an event which eventually led to the formation of the United States. Every year on July 4th, Americans celebrate this historic event as Independence Day.

During the June 7th session of the Pennsylvania State House (later Independence Hall), Richard Henry Lee of Virginia presented a resolution with the famous words:

"Resolved: That these United Colonies are, and of right ought to be, free and independent States, that they are absolved from all allegiance to the British Crown, and that all political connection between them and the State of Great Britain is, and ought to be, totally dissolved."

The resolution went through several revisions under the lead of Thomas Jefferson of Virginia, but its spirit remained unchanged. The resolution was officially adopted in the late afternoon of July 4.  John Hancock, President of the Continental Congress, signed the Declaration of Independence. It has been said that John Hancock's signed his name "with a great flourish" so England's "King George can read that without spectacles!"

Why fireworks on the 4th of July?
Because John Adams envisioned fireworks as a part of the festivities, even before the Declaration of Independence was signed! In his letter to Abigail Adams on July 3, 1776 (the day before the signing), he wrote that the occasion should be celebrated “with Pomp and Parade, with Shews, Games, Sports, Guns, Bells, Bonfires and Illuminations from one End of this Continent to the other from this Time forward forever more.”

The first official commemorative Independence Day fireworks were set off on July 4, 1777.

In this spirit, we celebrate Independence Day at Lake of the Ozarks.

Wherever you are watching the fireworks displays, take some time to share the story with your children, so they learn and remember the meaning and the history of this important day.

~ Happy 4th of July from the YourLakeVacation.com Team!

Posted by YourLakeVacation at 1:45 PM No comments: